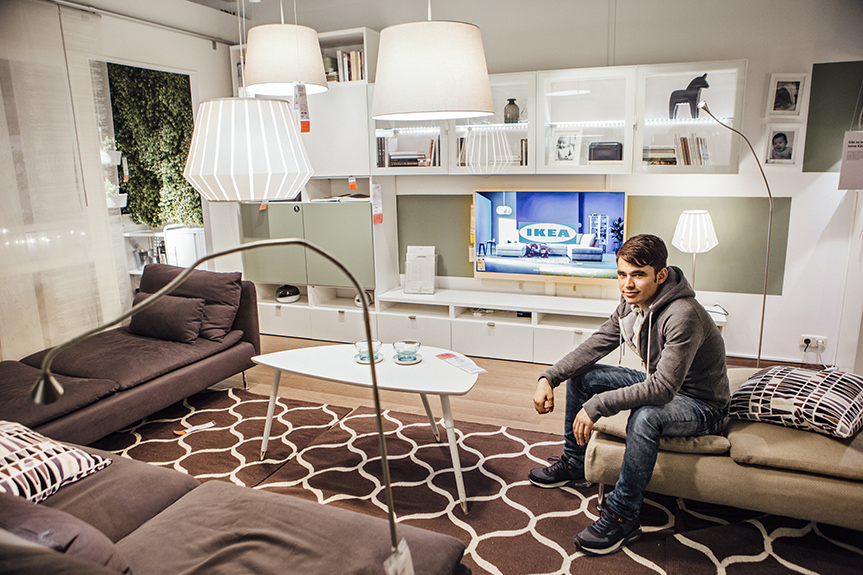 “You have got to be tough to make it.” – Dagmar, Abdul’s social worker

A few days before his 18th birthday, Abdul is moving out of the group housing for refugee youths where he has spent the past months, an institution that has acquired a reputation for neglect and carelessness. The young Afghan is moving into his own apartment under a supervised living arrangement run by AWO social services provider. First in this new Berlin chapter, after unceremoniously handing over the keys to the group shelter: a stop at Ikea to pick out some furniture and kitchen items. These basics for independent living are provided as a standard part of an asylum seeker’s initial move from group residences to their own apartment.

Extremely self-motivated, Abdul has enrolled himself in school and has advocated for more advanced placements, while also finding extracurricular language courses he pays for out of pocket. He hopes to go on to study political science one day.