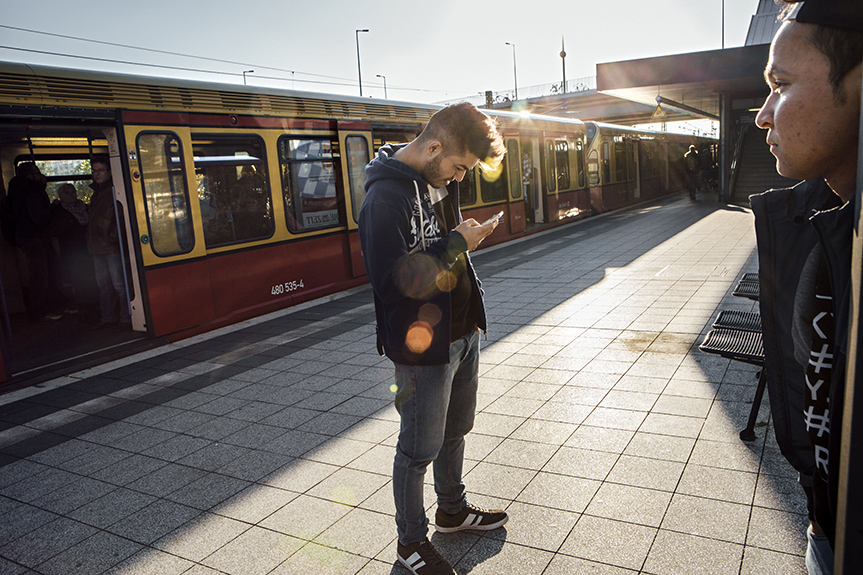 Seventeen-year-old Jawad came to Berlin in the spring of 2015 with his mother and 15-y.o. sister, and the family’s first big hurdle in the process of applying for asylum has been cleared: their Dublin III case’s statute of limitations has expired after six months. Twenty-two-year-old Omid, Jawad’s friend from childhood (at right) arrived three months later, and is still waiting to see whether his asylum claims might have to be processed in Hungary.