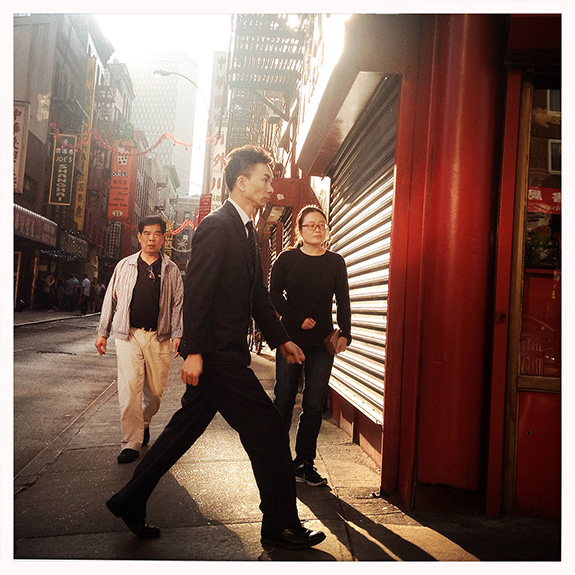 
One of New York Chinatown's original city blocks, Pell Street dates back to the late 1800s, when the historic neighborhood was comprised of only three streets.

Follow us this week, as we’ll be showcasing portraits from the neighborhood. The baby boomer generation profiled in this series has experienced Chinatown’s dramatic demographic expansion after the immigration reform of 1965 lifted quotas on migration to the US from Asian countries, an influx that hasn’t diminished, although today’s arrivals will seek out other, satellite Chinese-American enclaves in Queens and Brooklyn.

Eleanor Yung: “In the old days, when I was in Chinatown I could understand what's going on, but now there's a lot of dialects that I don't understand anymore. It's much more diverse than when we first came 40-something years ago. At that time it was mostly Southern Chinese, from Toisan area, and then there came more Fukienese, and more Shanghainese, and more Mandarin-speaking, and there's some Guangzhou people here too now, there's a large population of that. But it's very much a community because the basic cultural practices are the same, we still have the very basic common cultural identity.”