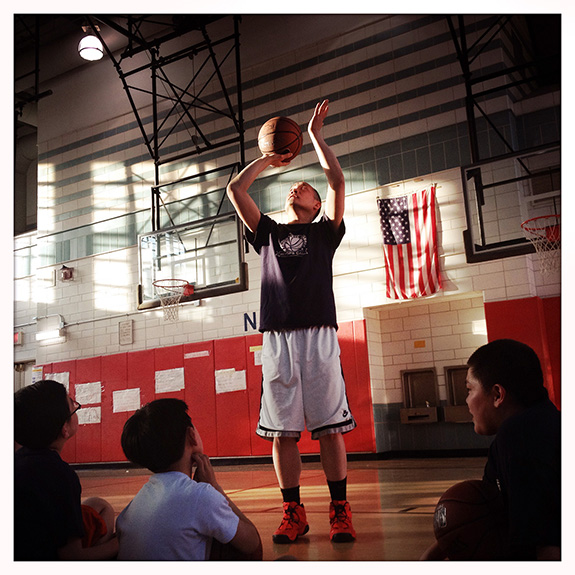 
“I started this in 1986, all by myself. There was no Flushing Chinatown, no Brooklyn Chinatown, just Manhattan. It was just a lot of immigrant kids, bad influences, drugs, gang activity, just kinda really bad. I was focused on the boys, getting them off the streets. I would say in the last ten to twelve years you could see it change. Once that generation kind of moved on, and the next generation, their English is a lot better, they have more self esteem, they have more avenues available to them, so they don’t have to go into those illegal things.”

“As long as we’re getting the immigrant population, we’re making a difference to help them, that’s what this is. This is just a vehicle. Bottomline, a feeling of family, of caring. I’m not a genius, I’m not gonna be able to get them grades and stuff like that, that’s not me. It’s all about, you have a group here that will help you if you need it. The older ones now help the younger ones with resume writing – on their own!“

At age 53, Tom thinks of retiring: “I don’t want the second generation that’s been out in Jersey, they can’t speak any Chinese, I don’t want them. They’re okay. They don’t need us. And when I see that this dwindles, then I’ll definitely stop. I’m done. Personally, I’m done.”