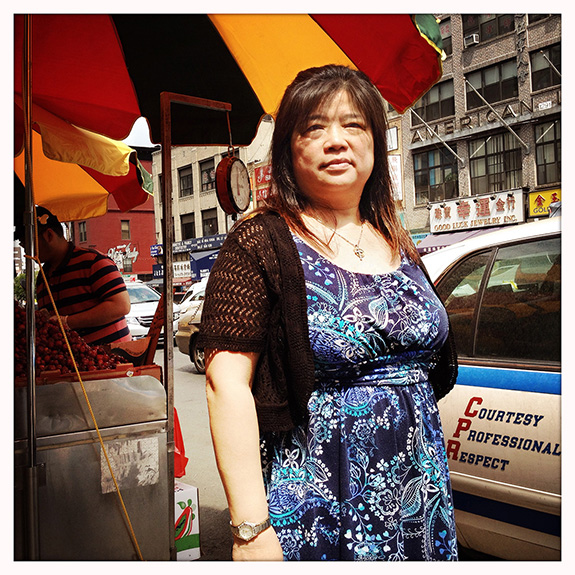 
“I’m not one of the boys, but I’m one of the team.” Agnes Chan (age 55) made history when she became the NYPD’s first Asian American female police officer, and when she served as president of the Asian Jade Society fraternal organization from 1991-1992. When she joined the force back in 1980, only three Asian American officers patrolled Chinatown’s 5th Precinct – and none of them were fluent in Chinese. “They would send anybody who has an Asian last name down to the Fifth.”

Plan A had been law school, but an internship led to the police academy for the Hong Kong native who had moved to NYC with her family at age ten. “I actually didn’t tell my parents until the night before I graduated. So they were upset, but they respected what I wanted to do. My parents are pretty involved in the social clubs of Chinatown, and they would never tell anybody. Someone actually asked them one time, ‘is that your daughter?’ and they said, ‘no.’ They didn’t want to acknowledge it.”

“As a woman on this job, we do have to do a little more to prove ourselves. You need to get respect. It's your presence when you’re on the scene that controls the situation, I learned that when I was a young kind in Crown Heights, Brooklyn, it was pretty tough. A lot of it is verbal judo, as they call it.”