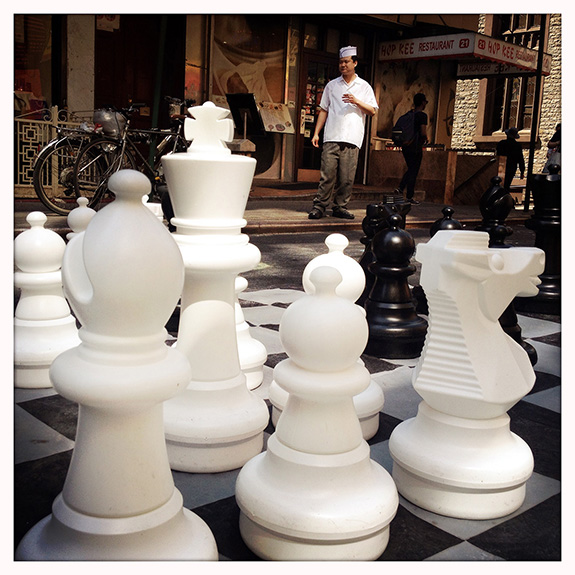 
AAPI Heritage Festival on Mott Street in the historic heart of Manhattan’s Chinatown. Restaurant and laundry work was historically one of the few employment options available to Chinese men in the United States, while the 1970s saw the rise of garment workshops that were employing the rapidly increasing numbers of women in the neighborhood.

Both the restaurant and garment industries suffered heavy losses after the September 11, 2001 attacks. Chinatown commerce ground to a halt while the neighborhood was cut off as part of NYC’s downtown frozen zone. The garment workshops, already on a decline during a 1990s era of international outsourcing, never bounced back. Former factory spaces have been converted to luxury lofts. Seamstress work has been replaced by the health care and nail salon industries as an employment source for new immigrant women.

Today, restaurants and small businesses still make up a large part of Chinatown’s economy, but rezoning and rising real estate costs, accelerated during the Bloomberg administration’s focus on luxury developments, have made gentrification a real threat to the long term survival of the neighborhood as a home for working class New Yorkers and small business owners.