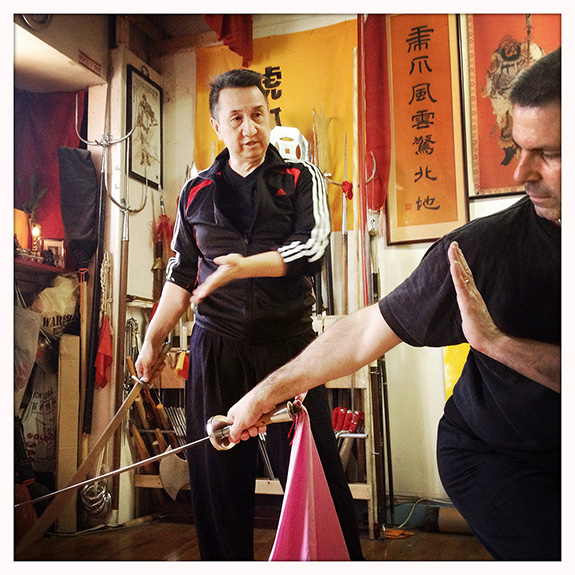 
Tak Wah Eng came to NYC from Hong Kong as a teenager to join his immigrant father. Chinatown turned out to be nothing like the America in the movies: “It was so old, and so dirty. At that time, it was the sixties, all the buildings so run down, old style, old tenements...” At 16, he couldn’t speak the language and was chafing against the strict rules of the father he had never known growing up. “My art teacher at Seward Park HS, he helped me a lot. He’s the one who cared.” He also began studying Shaolin Kung Fu: “Growing up, you have to survive and fight.”

“Basically, I’m a NY boy. It’s like my home now. Hong Kong is too small, an island. New York is the center of the world. Everybody comes here. I grew up here, learning most of my art here.” Now age 65, he has taught old and young, movie stars and retired cops, masters who run their own schools and American-born Chinese kids from the suburbs. His Kung Fu studio in a walk-up tenement on the Bowery is so narrow that they had to trim off the ends of the weapons used for training – and still have to periodically patch up the holes in the drywall.