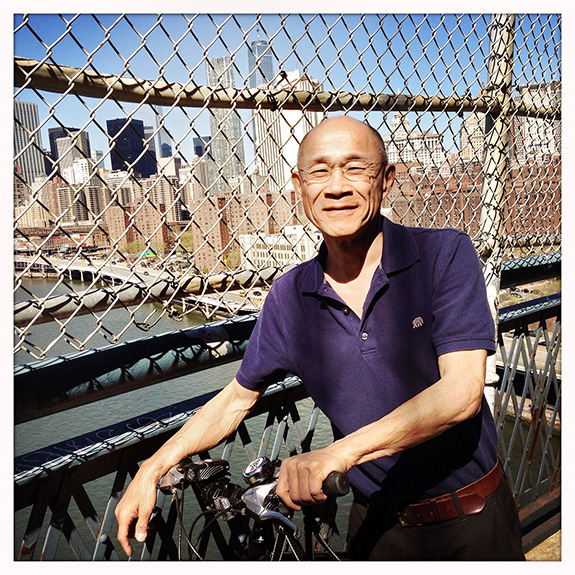 
“I grew up during the civil rights period. Ostensibly I worked to get something for Asians, but the more interesting piece was just working cross-community.” Don Kao honed his organizer’s skills in the Asian-American studies movement of his UW-Madison college years. San Francisco’s Chinatown was next, but the group he was involved with were “kind of socialist-communist types. And then word got out that ‘Don Kao is really great, but because he’s gay, he could never be a communist.’ So I got red-listed.”

For the past 38 years, Don, now 63, has been making his home in NYC. As director at Project Reach, an organization that began as an anti-poverty and anti-gang initiative for Chinese youths, he opened the doors to young people of all backgrounds, focusing on anti-discrimination and social justice issues. “I was constantly trying to get Asian young people to recognize the importance of being people of color instead of being classified as ‘white.’”

“I think that my job is probably what everybody else should be doing, which is to build communities across difference and discrimination wherever it exists. I think it’s important to work on getting young people, adults who work with them, families, communities, to look at the world the way it is, not the way people want it to be… Because it’s a contradiction to live in a world that is not just, but you talk about liberty.”