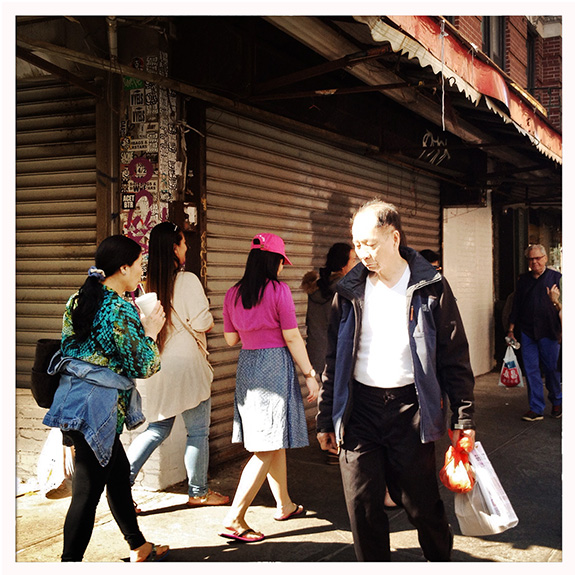 
A scene on Mott Street north of Canal, a neighborhood that was historically considered Little Italy. New York’s ethnic Chinese demographic continues to grow, to just over half a million residents in 2011, or 6% of the city’s overall population. But many younger Chinese-American families have been moving away from Chinatown to the outer boroughs or suburbs, leaving behind a life of cramped tenements. Instead, the neighborhood is seeing an influx of single-person households and white residents, the usual harbingers of gentrification.

Almost three-quarters of Chinese New Yorkers are foreign born, i.e. first generation immigrants. In the last few decades, narratives of the Asian immigrant striver have taken hold in the media and popular imagination, and the myth of the model minority is obscuring much more diverse lived experiences and complex realities. Especially among older Chinese New Yorkers, many are struggling with being linguistically isolated from the English-speaking culture they are surrounded by, and poverty levels are significantly higher than among the rest of the city’s seniors (at 30.5 percent for people over age 65, vs. 18.2 percent of the general population.)