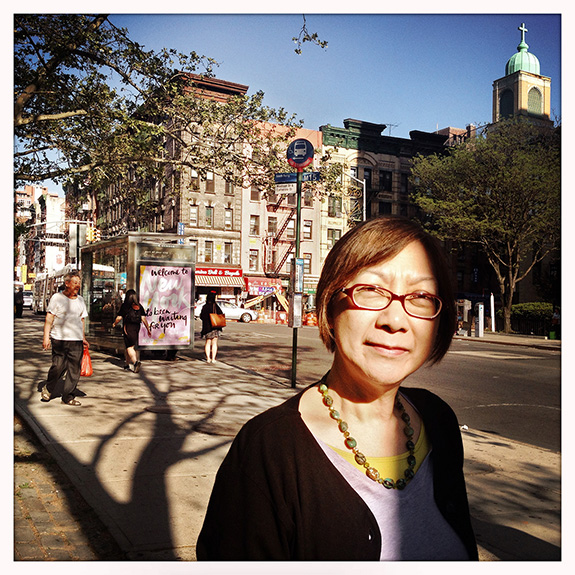 
“My family had a restaurant on Mott Street, and it was a Steak and Chops House, not a Chinese restaurant. I was so young, I didn’t really appreciate what we had at that time. On Sundays we’d meet up with other Chinese families from the same village. And so the kids would play and the mothers would yack away and the dads would go off on their own.” Today’s Chinatown feels less like a village: “It’s grown so much, and the language has changed. The things that are lost are still in my memory. It’s nostalgia, I think, as I’ve gotten to a certain age, but maybe that’s me, too. I’ve always had a tendency to really enjoy the idea of looking back.”

Fay Chew Matsuda (66) worked with the Chinatown History Project, later the Museum of the Chinese in America, and now serves the neighborhood’s senior population as program director at Hamilton-Madison House. “My husband and I, we’re actively talking about retirement, and so I take note of what successful aging might look like. Social engagement in any form is really the best way to keep yourself from aging in a negative way. It’s amazing to me: those who come out every day – they look good! They’re active. They’re not complaining about this illness or that illness, they are thinking about other things. You know, life goes on. I’m looking forward to actually not having to do the nine-to-five grind. As much as I enjoy my job.”