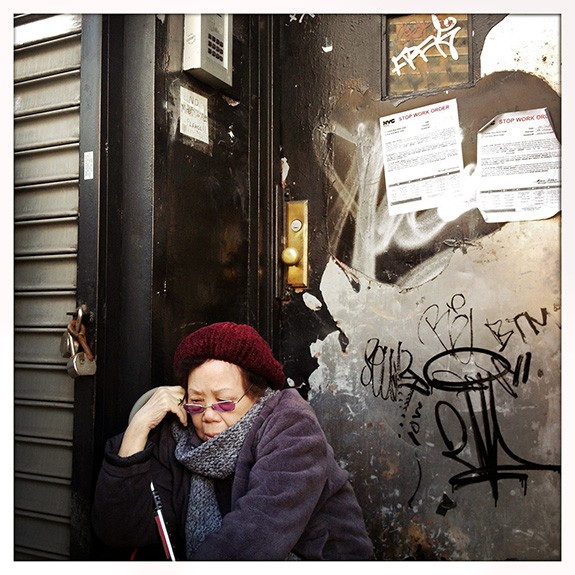 
“The building’s new owner cut the gas line, but my grandson intervened and they reconnected it.” An immigrant from Toisan who came to the US in 1974, Kam Fung Mak raised six children, all of whom have moved out of Chinatown. At age 83, she has difficulty climbing the stairs to her rent-stabilized apartment but lives independently, relying on daily help from a home attendant.

The 1910 tenement building at 43 Essex Street that she has called home for more than 30 years was sold last December, and neighbors soon began noticing unlicensed work in the vacant units and store front. By the time the tenants organized and took their landlord to court to stop harassment and illegal construction, they had lived with no heat, cooking gas or hot water for over a month. Thirty-one violations classified as ‘immediately hazardous’ were on file with the Department of Housing Preservation and Development.

Attorney Donna Chiu of Asian Americans for Equality (AAFE) has seen a familiar pattern repeat itself in the quickly gentrifying neighborhood. New building owners will at first try to incentivize rent-regulated tenants to leave by promising relocation bonuses; if that doesn’t work, often next steps include coercing people out of their homes by illegal means and intimidation. There is a perception that Chinese immigrants who speak only limited English will be afraid to fight back or be less likely to defend themselves in Housing Court, but many tenants know to turn to community based organizations for help with legal matters.