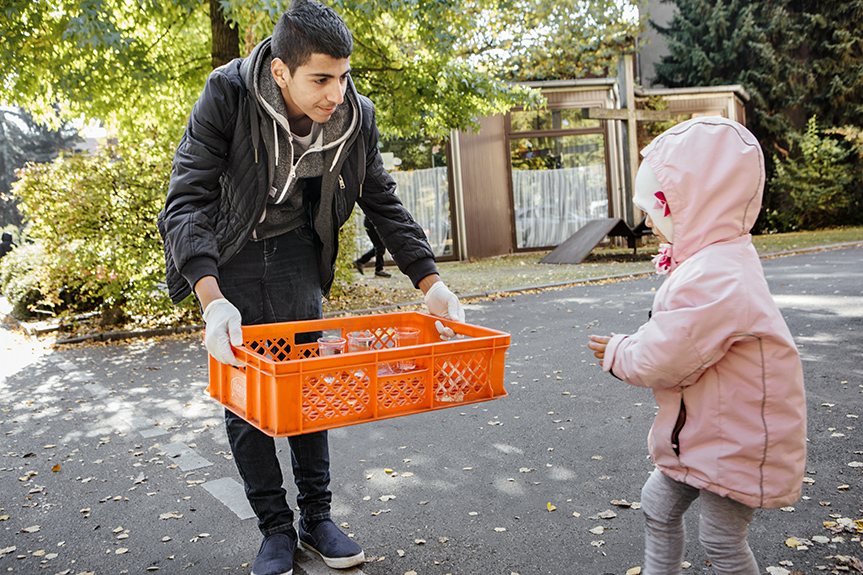 Abdullah, a 17-year-old Palestinian youth, grew up in Yarmouk refugee camp in Damascus, which saw heavy fighting during the Syrian civil war. He came to Berlin with his 18 y.o. sister in the summer of 2015, a time when the LAGeSo processing center had become unable to cope with the increasing numbers of newly arriving refugees. A week into the wait for his number to come up, which in the end would take 45 days, Abdullah encountered Moabit Hilft, a local community organization that has been instrumental in providing shelter, clothing and medical care to people stranded at LAGeSo.

Ever since, House R, the organization’s bustling headquarters, has served as his Berlin focal point. “I was thinking that these are nice people. Others don’t do the type of things they are doing.” He is volunteering with the group daily, and is making friends among the Berlin old timers, but also the many young refugees (50% of all volunteers by one estimate) who have become a crucial part of keeping Moabit Hilft running. At the same time, Abdullah’s cheerfulness masks his growing frustration at being stuck in limbo: his Termin (appointment) to officially register as a refugee isn’t scheduled until mid-January, and he won’t be able to attend school before receiving his papers.