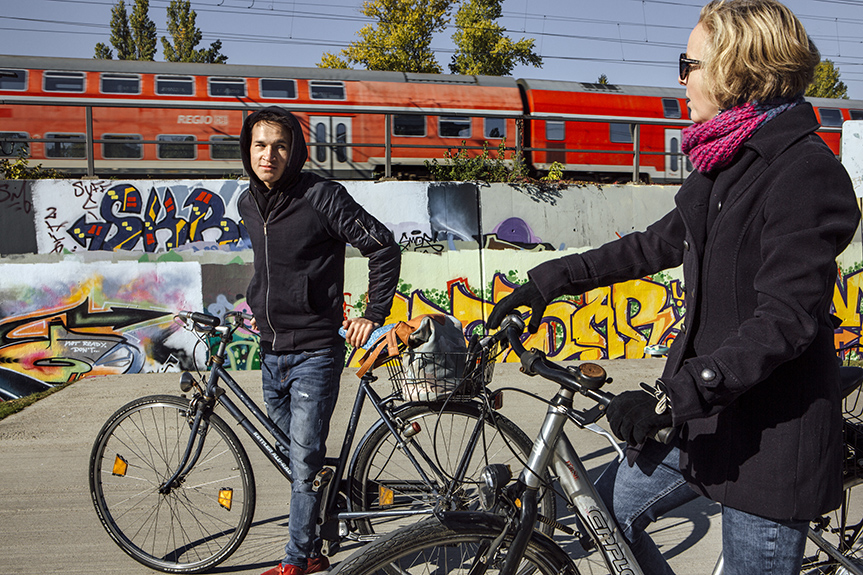 Fahim explores Gleisdreieck Park with his legal guardian Susanne during a fall bicycle outing. The 16-year-old had come to Berlin by himself in the summer of 2014, after growing up in a refugee family that has been dispersed across Iran and Afghanistan by his country’s decades-long war.

Slowly, through a series of weekly outings and activities, Susanne and Fahim have begun to form a personal connection. “I have learned a lot,” Susanne reflects, “not only about Germany’s asylum laws and bureaucracy, but also more generally, including the realization of how far removed one is in Berlin from the daily realities the refugees are facing.” She was introduced to Fahim through Akinda, a not-for-profit organization that trains Berliners to serve as pro bono legal guardians for unaccompanied minor refugees. While the youths remain in supportive housing placements, their guardian will serve as both mentor and advocate until their 18th birthday and possibly beyond.