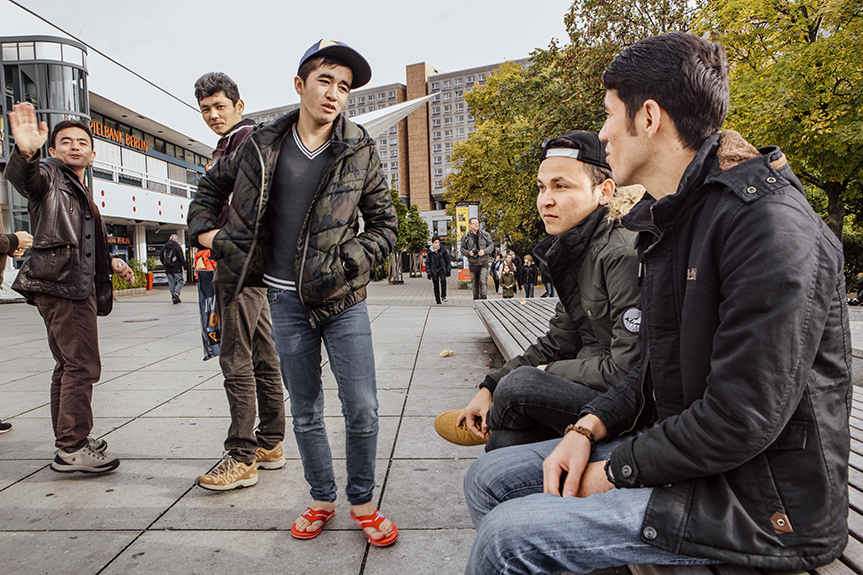 Omid and a friend meet up with a group of young Afghans at Alexanderplatz. Official figures have tracked an estimated backlog of more than 1,500 unaccompanied minors who are temporarily placed in hostels and other emergency housing throughout Berlin, mixed in with an adult refugee population and with limited youth services or supervision available. Insiders working with the Berlin Senate’s youth agency report that future intake appointments to be officially registered by the youth welfare services have now stretched into the end of the 2016 calendar year.

Data compiled by Germany’s Federal Office for Migration and Refugees show that between 2009 and 2013, the number of unaccompanied minors from Afghanistan by far surpassed those from other source countries. In 2014, as well, the largest group of unaccompanied minors claiming asylum in European countries hailed from Afghanistan, at 6,155 refugee youths under age 18 out of a total of 24,000.