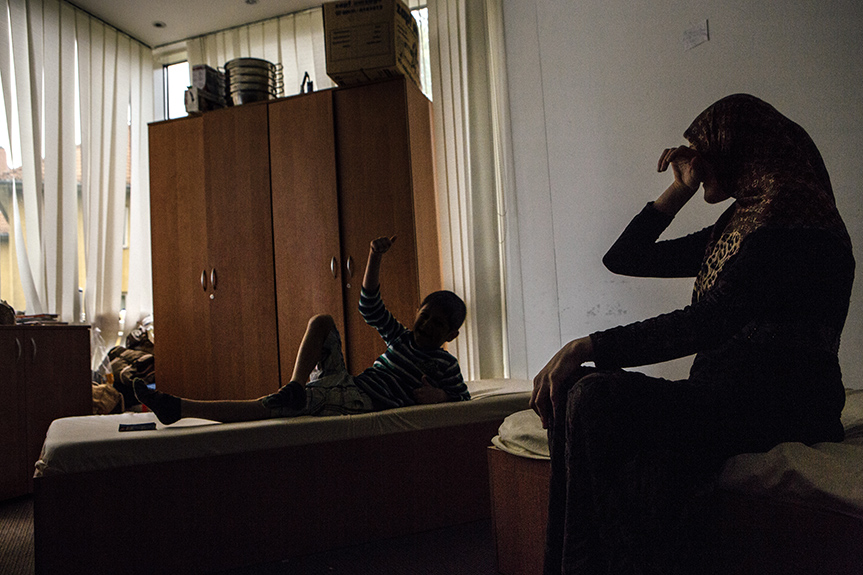 Summaya (not her real name) has lived in Berlin since January of 2013. The teenager just turned 16; she shares a room in an asylum seeker center with her mother and three brothers, aged 19, 6 years and 9 months old. It’s cramped quarters, and the toddler cries at night. An older brother, 20, is married and lives with his wife and newborn baby.

Summaya’s family fled Chechnya after the war, when continuing political tensions made staying impossible. Berlin or even Germany wasn’t their destination – getting out and to safety was the only goal. The trauma of the war followed them to Berlin, and the family ruptured. Summaya believes that her father has returned to Chechnya. If they were to be repatriated, her parents’ separation would result in the children being taken from their mother according to local laws, and the family would arrange an early marriage for Summaya, not allowing her to finish high school or pursue her plans of becoming a nurse or pharmacist. Her mother’s assessment of the treatment that would await her and her daughter back home is matter of fact: “In Germany I feel like a human being – in Chechnya, I am considered a doormat.”