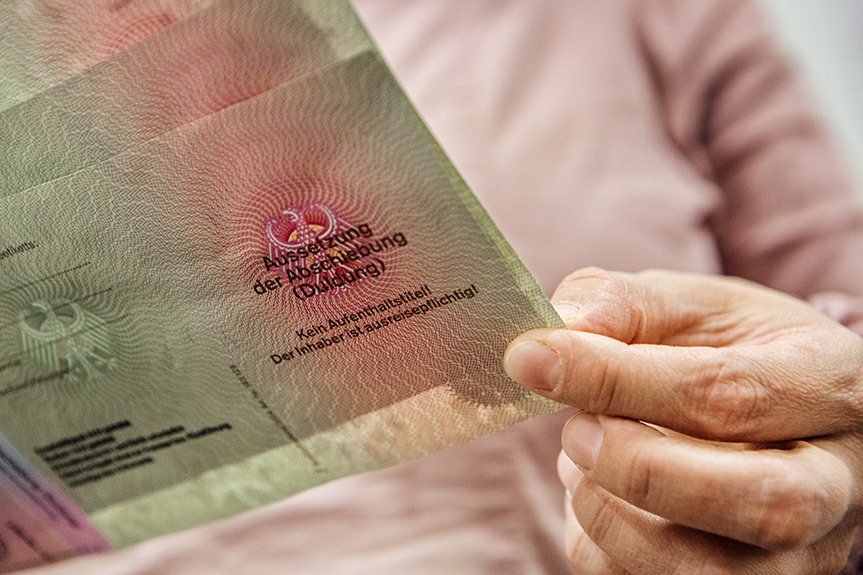 “I hope I’ll be able to stay here. To live here. I’m afraid, of those things we had to go through repeating themselves.” Summaya's family is among the estimated 140,000 asylum seekers whose petitions for refugee status were denied, but who are allowed to remain in Germany under a temporary suspension of deportation, or Duldung, held in this photo by her mother. "They wanted to deport us. Every month we had to report in, and they gave us this large white paper. It went on like that for a year and a half. And now we’re good for 6 months! We’re still afraid, but not like before.”

In school no one knows about her worries: “I don’t talk about stuff like that. They wouldn’t understand. All those problems with our papers, I was thinking about being deported instead of thinking about school. And at night I couldn’t sleep, I was so afraid: 'Now they’re coming, now they’re gonna come!’ I was falling asleep in school.”