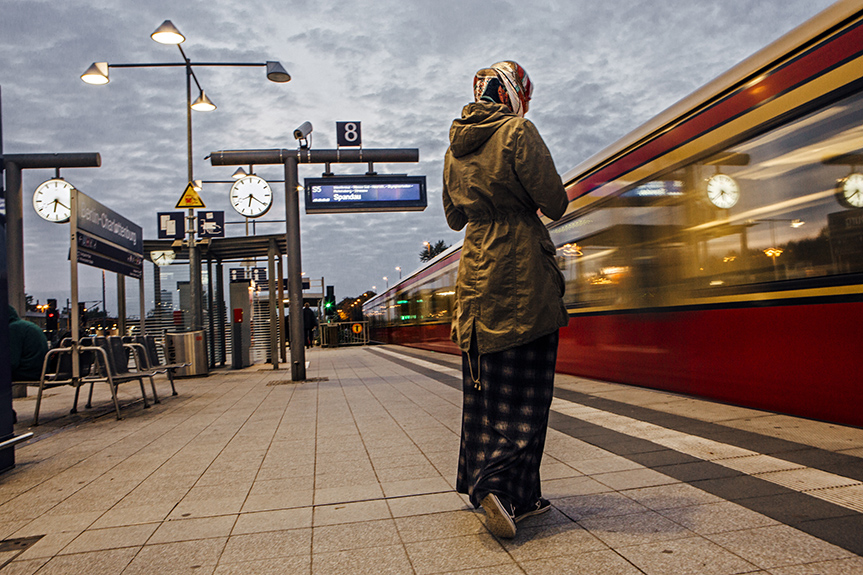 In Berlin, where many Muslim girls wear pants, the combination of headscarf and a modest, long skirt that Summaya has been wearing since age 13 stands out. Her history teacher told her that she'd never be able to find an Ausbildungsstelle, a place in a vocational training program, wearing the hijab. “It’s a scary thought. But if someone from a different country came to my country, wearing pants, I would also think, ‘hey, why is she dressing like this?’ And that’s why I understand the Germans. But I can’t take the scarf off any longer, I’d feel too ashamed. Around boys. Women are allowed to see me.”

The headscarf serves as a symbolic reminder of being different, of standing out, of feeling foreign. Especially in the beginning, when she understood only a few words of German, Summaya felt a constant insecurity: “What are they saying about me?” There were times when she felt threatened. But things are slowly getting better, especially after she moved to a different part of town and switched schools. “They understand me when I am saying something. And we’re having fun. Before, whenever I didn’t know how to do something, I just let it go. Now I want to show that I can do stuff. I participate, I try new things. Because I want to live here. Not look German, but learn like a German.”