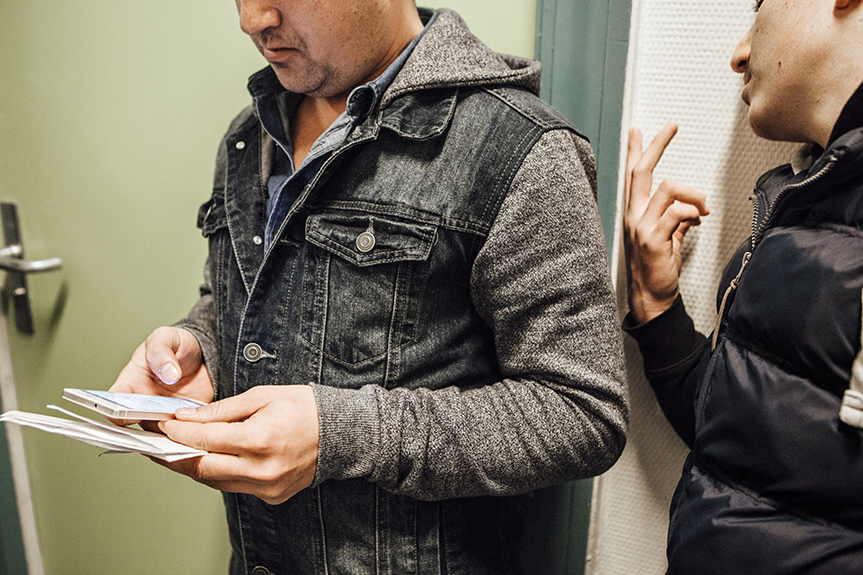 Adel (left) is trying to register his younger cousin Younis, 15, by using the address of the Berlin hotel where they have found shelter. The Yazidi boy had finished sixth grade in Iraq before he had to flee the war, and hopes to re-enroll in school.

Younis and Adel are joining a large community of Yazidis who are seeking refuge in Germany, a high percentage of whom are being granted asylum as a persecuted minority. But there are complications: Adel had been fingerprinted in the Czech Republic when entering the EU, Younis was not. Their lawyer is arguing that separating them by sending Adel to the Czech Republic under Dublin III regulations would constitute a hardship for the teen, but since he has been placed under his relative’s custody, he no longer enjoys special protections as an unaccompanied minor refugee.